Last night was my sister’s 8th birthday. Which, by the way, HAPPY BIRTHDAY AMANDA!!

Last night, as you may be able to tell, was a change of pace, birthday-wise, yet it was the same, word count-wise (sort of- you’ll see why). I left school at noon because I had a doctors appointment, but that ended a half hour before school normally does, so I would’ve had a bunch of time to write, had it been a regular day. It wasn’t. My mom and I ate at McDonalds real quick, then ran to Party City (by the way, I’m very disappointed in you, Party City- iParty is way better. You shouldn’t’ve bought it out!) because we needed party stuff. We spent about an hour there, because we couldn’t find anything we needed except for party favors.

But noooo, of course not- only napkins and two balloons. So, we had to improvise, and we tried to find any types of goodie bags that weren’t themed. We ended up having to ask where they were, too, since Party City is kinda disorganized, in my opinion.

Anyways, we finally leave Party City and go to Stop & Shop across the street to pick up the cake and get Mina’s card (Mina is Amanda’s nickname because that’s what she called herself when she was little), which, by the way, I picked out. By the time we get home, it’s past 4, so I have to rush to get everything ready. On a side note, I killed my thumb again (I’d slammed it between the upstairs-bathroom under-the-sink cabinets the night before) by trying to use scissors, and when I tried to squeeze the scissors together, the bump on my thumb pressed up against the scissors. I literally screamed. Ouch.

Not that I’m not trying, of course. Because I am. It’s just, how the hell am I supposed to write about 1,600 words a day when everyone is nagging me to do something else (and the occasional thing I want to do besides write)?

Camp NaNoWriMo is great. I absolutely love it. I just wish my life wasn’t so hectic so I could actually have a chance to win it!

Anyways, I need to step up my game. Not only do I want to finish Running for the sake of finishing it, I want to get to the end because I absolutely love how it turns out. It’s freaking amazing (plus, I have it more planned out then I do now, so it’ll be easier to get more words in a shorter amount of time).

And, besides all that, it’d be nice just to win at something for once. Especially something I won at because of me.

I just wish it wasn’t so damn hard to find time. I swear, during NaNoWriMo months, the whole world conspires against me to make sure I have no time to write.

I came to a realization last night, which was that when I have no time to write, my brain it on idea overload, yet when my computer is in front of me, I’m working slowly (for me- it’s probably the normal person’s fast). I seriously hate that. Like, why?!

One things my ADHD brain simply cannot stand is editing. Which is what makes NaNoWriMo great, because you don’t have to edit anything for that month. I don’t really know why I hate editing so much, except for maybe because it’s a little repetitive, and my personality+ADHD+repetitive=NOT GOOD.

Also, I hate to write a bunch of detail. I hate to read a bunch of detail, too. Like, a little bit is okay, but don’t get all J. R. R. Tolkien on me! I can’t deal with it, partly because of my ADHD, partly because I just have a short attention span in general. I literally have to force myself to write a lot of detail sometimes, like for The Crystal Guardians: Book 1, when I’m explaining all the Reddikan stuff since it’s alien (literally), and people won’t be able to picture it or understand it well unless I explain it with great detail.

P.S. As usual, the original image URLs can be found by clicking the images, which I do not own, nor do I pretend to own.

Hey! My New Years Resolution is to finish a manuscript for a book before my 16th birthday, and send it in for possible publishing before 2015. Yeah, I know, it’s a big one. I don’t even know which book I want to finish yet, The Crystal Guardians: Book 1, which I’m about halfway done with but have writers block for, or Running, since I really LOVE the ending (which, of course, I’ve already written, at least for the first book 🙂 ). But that’s for me to figure out. Anyway, whats your New Years Resolutions? A New Years Resolution, by my book, is the number one goal that you want to complete for the new year. I guess it doesn’t have to be big, but they normally are, since number one goals are typically big. Anyways, I know it’s another fairly short post, but I’m going to go work on Running a bit more before I have to go work on school work. I might post something else later, but this might possibly be my last post for 2013. Sammi Talk bids you goodbye, 2013. Safe travels, wherever you are going. Bye!

Hey. So, yesterday I signed up for NaNoWriMo, this website that challenges you to write 50,000 words in the month of November. My username is (what else? 🙂 ) zizzlekwum. I’m using The Crystal Guardians: Book 1 for my book, and apparently I already have 15,558 words typed up so far. But that’s not all I have written, because I write out the story in a notebook which I then transfer to Wattpad, so I probably have close to double that actually written. Anyways, just wanted to tell you that. I really have to get back to the shit-load of chores that I have to do today, so I’ll end the post with that. Bye!

P.S. My profile can be found here: http://nanowrimo.org/participants/zizzlekwum and here (the kid one): http://ywp.nanowrimo.org/user/1139985

Hey. Haha, I rhymed! Hahahaha! 🙂 Anyways, well, look at that. I remembered to post today, like I said I would try to do. Yay! So, today was okay, kinda neutral, not really good or bad. Not much happened today, but I DO plan on putting up another chapter of The Crystal Guardians: Book 1 on Wattpad tonight. Okay, I think that’s it. I know, it’s short, but seriously, today was pretty boring. Bye!

Hey. I just published a new book on Wattpad, Zoning Out. In honor of that, I will post the links to all of my Wattpad books, with descriptions. Please read them and vote for them. Enjoy!

What if every time you zoned out you were staring at a portal? What if you discovered this? What if you let out a terrifying race, bent on claiming Earth as their own? Maria Flores is your average, everyday woman. She has a nice little family, and a nice little life. But all of that is about to change when she discover the secret of zoning out. And then all hell breaks loose. Because what’s on the other side isn’t so friendly. Now, the Grandors are trying to take over Earth, and all countries are teaming up to protect their planet. Maria knows that this is her fault, and that it’s her duty to stop it. But how can she with three young children to protect?

Lameia, Sankium, Haikee, and Maylen are guardians of the Twilight Crystal, the crystal that gives planet Earth it’s light every day. Coming from the planet Reddika, they blend in with the Earthlings, and hide from the evil Cloysin, who want the crystal’s power. But when the Cloysin find them, and it comes between Lameia’s children or the crystal, the Reddikans give up the crystal for the little boys’ sakes. Now, they have to protect the twin boys, while trying to rescue the crystal before the situation spins out of control, and before Earth goes without light forever.

Holly Bishop has lost everything. Her family, her home, and her freedom. But when her baby brother is taken, that’s where she draws the line. Now, she will do anything and everything to get her brother back, along with her best friends, Mitchell and Rebecca, and her cousin, Zach. But a rescue mission isn’t that easy when you have Public Enemy 1 and 2 on your team. Follow the four kids on their journey that will try them in ways they never imagined possible, and will make them specify to a point what’s right and what’s wrong.

Josh Lake and Penelope Charger have lived a pretty normal life. Until Josh is taken and almost killed. Until Penelope finds the stone. Until the Drakonisians come. Until Earth is in a full out war with an advanced alien race that seems to know everything before it happens. Penelope knows that she caused it by touching the stone, by activating it, by drawing the Drakonisians here to planet Earth from their dying planet. She also knows that she has to stop it. But, even with Josh’s help, she has no idea how to be anything but the governments pawn. Everything changes when the stone hatches into a dragon, and a new factor is introduces into the war that neither side anticipated. Now, along with Josh, Josh’s little brother, Connor, and her newfound dragon friend, Goliath, Penelope must save her planet, despite the fact that every odd is stacked them. Throughout their journey, they’ll discover the fine line between right and wrong, and they’ll realize that all is not as it seems in a confusing world.

Love the heart-shaped spot on her head. #prettykitty #catsofinstagram 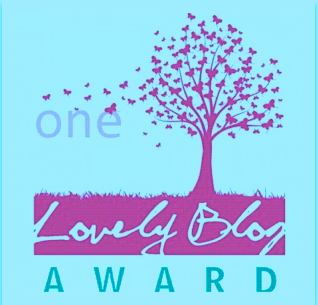