Hey! I’m so sorry you haven’t seen an update in about four months, and I’m working on fixing that right away. I have no idea what happened to all of my posts that I’ve published since the last visible one on this blog, but if I need to re-type some of them, I will. Ugh. This was a shock, to say the least. I was adding a new widget to the blog (see sidebar to the right), and, as always, I went to my blog’s home page to see if the link showed up correctly. I had NO IDEA that none of my posts have showed up since August!

A lot has happened since then, and I mean A LOT. But, like I said before, I’ll tell you everything in other posts. Right now, I just wanted to make you all aware that I’m still here and still posting. I’m going to go work on one now, just to prove it to you. It should be up fairly quickly. Bye!

Hey! Well, I finally did it! After over a month, I updated Running. If you want to read Running on Wattpad, click the links below:

There you have it, folks! Now, please go read! And you can make a free account and follow me to receive instant notification whenever I post a story. I’ll follow you back because 1. that’s just what I do, and 2. I like to have my followers and following icons match up. I think it’s cool. Anyways, sorry for the short post, but I’m going to go work on Running some more while I have the time. By the way, that’s why I didn’t update, because I didn’t have type to write. Alright, that’s it. Bye!

Hey! Well, in case you don’t feel like scrolling down a little to find the last post I did (or maybe this is open in a different window and you don’t feel like going back), here’s the link to the post Apparently I’m REALLY Smart…. And if you don’t feel like reading it, I’ll recap (mostly because maybe it’ll help make it sink in). So, when I was accepted into BCHS, my acceptance letter stated that because I got the highest score on the placement exam, I received a scholarship. Yesterday, my mom and dad had a meeting with my principal and a few other important school people, which resulted in my parents being some stunning news. My mom told me the news (or part of it, I just found out) that apparently I not only scored the highest in the school, I scored one of the highest in the country! Whoa, right? But wait until you hear this next part: I didn’t just get one of the highest scores in the country, I scored in the TOP 1% IN THE COUNTRY!! Okay, I just re-read what I just wrote, and I think it just sunk in a little, because I feel… I don’t know how to describe it. But I only feel like this a little bit, so it still needs to sink in more. Still, how?! Alright, I’m going to end the post here, since I just forgot what I wanted to say next. Bye!

Hey. Running is up and running. Pun intended. Well, at least the first chapter. I’m planning on updating fairly consistently, so check back often. You can find it here. Also, here’s the cover: 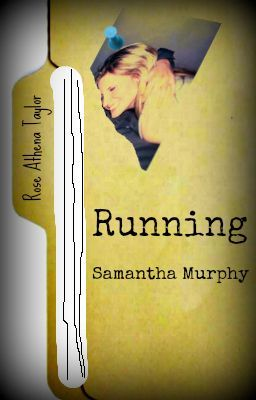 So, I’m going to go work on the next chapter so I can maybe get it up today. No promises, though. I seriously suck at keeping update promises, so I don’t make them anymore. Alright, sorry for the short post, but I just wanted to let you know about Running. Bye!

Hey. So, I am very excited and proud to give you this update- WE WON!! YEAH!! Okay, my mini outburst/celebration is over now. You can get back to doing whatever you were doing. Just wanted to say that WE WON!! 🙂 Bye!

Hey. Well, this should really be titled NO-News. I haven’t heard anything since the basketball game started an hour ago. But I’ll keep you posted if I hear anything. Bye!

I AM SCREAMING OH MY GODDDD